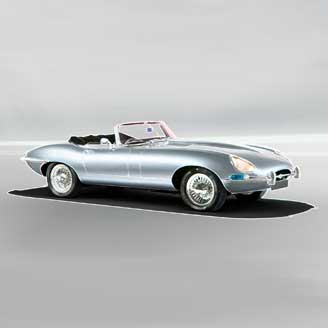 Can you buy cheaper car insurance?

Probably. Most people pay too much for their insurance whether they are young drivers with very little experience or older drivers who've been on the road for years. Price comparison sites have revolutionised the insurance market and driven down premiums; most motorists owe it to themselves to at least get quotes from cheap car insurance companies like (UK) prudentplus.com or (USA) geico.com and see how they compare with their renewal premiums.

There is only one advantage of third party car insurance and that is that in the event of an accident there is very rarely any excess that has to be paid by the policyholder. However this is it's main weakness. Traditionally it has been bought by drivers who are more likely than normal to have accidents. Insurers have noticed this and gradually raised premiums to the extent that it is usually cheaper to buy a comprehensive policy than a third party or third party fire and theft one.

There is of course the fact that in the event of a fault accident those insured comprehensively have to pay out a compulsory excess as well as, possibly, a voluntary one too but against that the benefits are much greater. Many people of course forget that although car insurance is something that every driver has to have it is there for that driver's financial protection as well as just being something that has to be paid for in order to stay within the law! Anyone who has had a car badly damaged in an accident will be far better off with comprehensive cover than third party!

Should I pay for my car insurance monthly?

Not if you can afford the premium. Paying monthly means paying interest charges and these can be quite punitive. It also cuts down the choice of insurer; many of the cheaper companies do not allow their clients to pay monthly except under exceptional circumstances. This could mean motorists accepting much higher premiums as well as having to pay interest/management charges.

Should I buy blackbox insurance?

Blackbox systems are far fairer to people who are in the high-risk categories such as young drivers and those who have had little experience but who may be, nevertheless, safe and sensible motorists. The old system lumped everyone together in categories so that the good drivers paid for the bad ones; by having driving monitored by blackbox systems each driver can be risk assessed separately and charged accordingly.

Are there drawbacks to blackbox insurance?

There is a certain loss of privacy which some people may find disturbing. There have also been reports of inaccuracies in the reporting from these systems and complaints that people who drive carefully have still been labelled as bad drivers and had their premiums increased as a result, or even seen their insurance policies cancelled. Before taking out a blackbox policy you should get reviews online of the company providing it and see whether there have been complaints of this type.

Can women get cheaper car insurance?

Strictly speaking it is illegal to use someone's sex as a factor in calculating the premium, despite the undeniable fact that young women, for instance, have far fewer accidents and far less serious ones than young males. However there is no rule that says that insurers cannot base premiums on occupations. Almost invariably occupations which are more female oriented, such as nursery teachers, care workers and human resource professionals attract much lower premiums than more male oriented ones such as building and engineering jobs. So yes, a lot of women can get much lower premiums than males!

© Alan May, Peter Forster and myfavouritecars.co.uk 2020. All rights reserved.